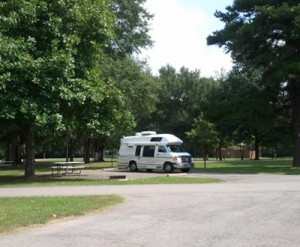 Just a quick note to say I am okay and now in Arkansas. I drove a little over 300 miles a day for 3 days. I am most probably going to stop in a Corps of Engineer Park near Russellville. AR, for a few days before going to Oklahoma City since my travel plans are ahead of schedule.

I have been able to drive further each day than I planned. I drive as long as I can and stop for breaks or a nap when needed. I’ve been driving since 8 a.m. today, with several breaks along the way. It is 4 p.m. now and since there isn’t anywhere good for me to stop for another hour or so, I’m stopping in this AR state rest area for the night.

I know some of you are wondering how I am so I’m using my phone to do this update. Thankfully, pain has not been bad and other than heavy rain yesterday and a little fog and traffic this morning driving has been good. 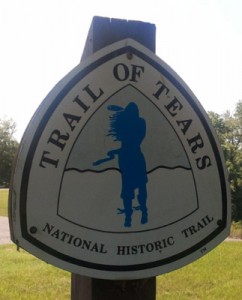 Update: September 9th. I am at a Corps of Engineer Campground in Russellville, AR, which is near Dardenelle about an hour west of Little Rock. This campground is along the Arkansas River, and there is a lock and dam close to the campground which I can easily see. I took photos which I will post when I get Internet other than my phone. I saw four deer and a fawn last night. As I was walking through the camping area I saw a historical sign showing that this area is part of the Trail of Tears. The park host said there used to be a town on this site and many of the trees in this campground are over 150 years old and were planted when this was a town. I will be here several days and then I plan on going to another Corps campground near Fort Smith if they have camp sites available. Then by mid next week I plan on being in Oklahoma City visiting Albert, Tori, and Penny. I plan on being in Albuquerque by September 26th and then getting ready for the Balloon Fiesta which starts the 1st Saturday in October. 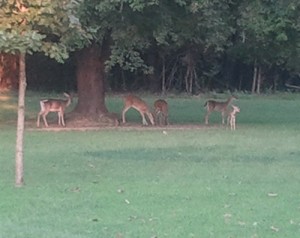 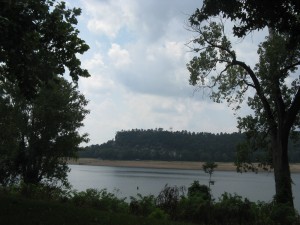 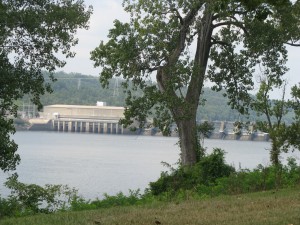 While I was camped at Old Post Park in Russellville, Arkansas, I met a group of 5 men who are from south Texas and are on their at least annual excursion together, they take trips periodically. They call themselves the Mild Hogs Arthritis Chapter. They even have t-shirts made for themselves. On Friday about noon they invited me over to share a meal with them. It was nice visiting with them and getting to share our stories. They camp at different locations and then take day trips on their motorcycles. Most of them are retired and I can tell they enjoy taking these trips together. Jack took a picture of me on his motorcycle, no, I didn’t ride with them. We had 2 days of rain. Before the rain the temperature was in the 90’s, after the rain it cooled down into the 60’s. 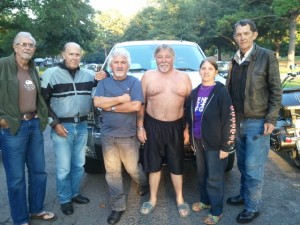