After I left Old Post Park, I headed west to Fort Smith, Arkansas. I stopped at the Fort Smith National Historic Site and saw Old Judge Parker’s courthouse, the Gallows, The Hell-on-the-Border Jail, Commissary Building, the Trail of Tears Overlook, and a replica of other jail cells, among other things. You can click on the active link for the Park.

I took lots of pictures throughout the site, including storyboards. I can’t even imagine being in that jail which I imagine would have been really cold in the wintertime. Also very uncomfortable with the slate floor and only a blanket to sleep on. Each of the jail cells held 50 prisoners. Judge Parker’s Courthouse was also very interesting, he seems to have had a sense of fairness about him, and he did his best to make the court system honest and to rehabilitate prisoners. The Trail of Tears is a heartbreaking story to me. I have many Native American friends and it’s sad how the Native Americans were treated and relocated. I know that throughout history many people in many countries were and still are mistreated and killed, it would be great if everyone learned to get along and respect cultural, religious, and other differences. 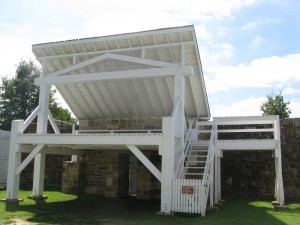 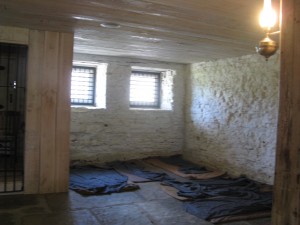 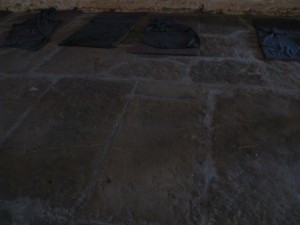 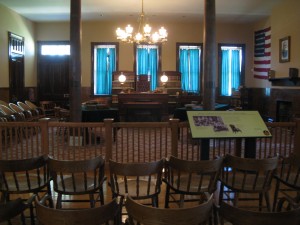 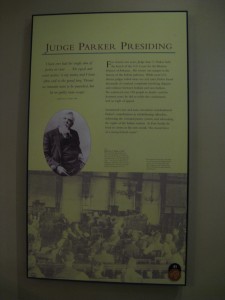 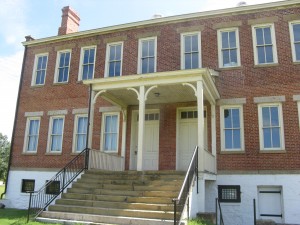 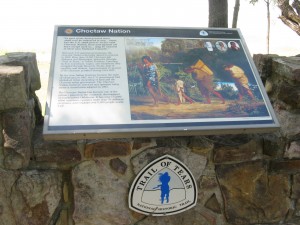 I’m glad I stopped here to tour this historic site before going to the Springhill Campground which is another Corps of Engineer Park, located on the outskirts of Fort Smith. On the way from the Historic Site to the campground, I saw a Braum’s. I LOVE Braum’s ice cream, they have the absolutely best ice cream and they serve really generous portions. There were several of them near where I lived in Fort Worth and I frequented them often when I lived there. It’s almost a standing saying when I am visiting my friends in Texas. As we get close to a Braum’s, I’m always asked if I want to stop. As I travel, I now see them mostly in Texas, Oklahoma, and west Arkansas.

Well, I arrived at the campground and noticed that another of my hubcaps is missing off of Molly. I check them every time I stop to be sure they look like they are on tight. This makes 2 hubcaps I have lost on this trip. I took another one off that looks like it’s not fitting tight. I guess when I get home from this trip, I will replace the set again. Last year, when I bought new tires we noticed that 2 of the rims were cracked. I was told that buying steel rims didn’t look as good, but that they would wear better in the long run. Safety is the first consideration for me. So, hubcaps are okay. I told Molly that she lost another sock. If that’s all that happens on this trip, I’m really okay with it.

While I was walking through the Fort Smith site, and also around the campground, I noticed the interesting the cloud formations. I don’t remember ever seeing them look so varied. I’m guessing by looking at the clouds that there must be really high winds at some of the different altitudes. In some places the clouds look like lots of cottonballs in the blue sky. Other places, it looks like feathers or paint brush strokes. I was in awe of what God can create looking at the sky. After I got my camper set up, and relaxed a while I ate dinner and read. I’m camped along the river. Then I heard what sounded like raindrops, and I felt some sprinkles dropping on me from the window open above my bed where I was reading. I closed the windows when the rain began to come down pretty heavy. 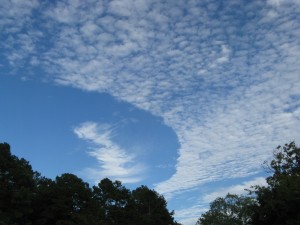 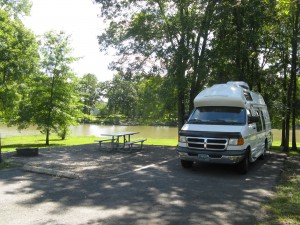 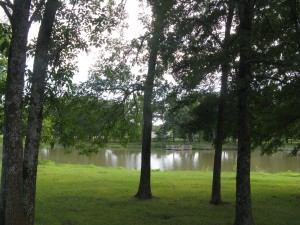