I am still camped at Manatee Hammock in Titusville, Florida which is across the Indian River Lagoon from Cape Canaveral and the space center. At about 8:48 p.m. on January 30th an Atlas 5 rocket was launched. It carries communications and delay relay satellites to the International Space Station that connects Mission Control with the International Space Station and other orbiting satellites. At least that’s the information I found on a website announcing the launch. 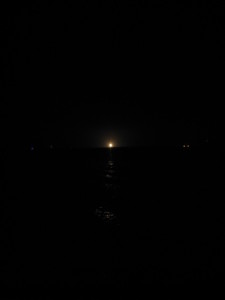 It will take two weeks for the satellite to reach its intended 22,300-mile-high orbit.  Photo album

The sky was clear of clouds, however the stars were shining brightly. Even though we could see the lit area where the rocket was going to be launched from, when I took pictures of pre-launch, it only showed as black screen. I was able to get pictures of the launch and it going up into space, but it looks like a bright light.  After it was in space for a few minutes we finally heard a rumble of the sound from the rocket, but it was not loud.  There were many campers watching the rocket and we thought there would be more sound, lights, action, etc. But it was still cool seeing a rocket launched for the first time. 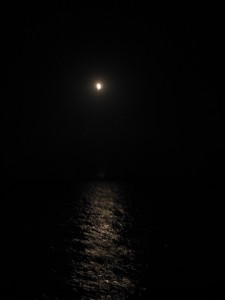 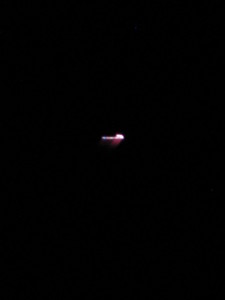 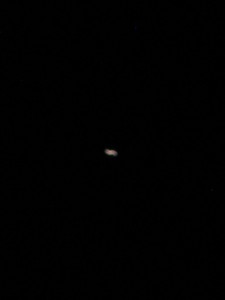 Here is an article I found on the web for the rocket launch:

This is the 11th TDRS satellite to be launched by NASA. The space agency uses the orbiting network to communicate with astronauts living on the International Space Station.

The first TDRS spacecraft flew in 1983; it recently was retired along with No. 4. The second was lost aboard space shuttle Challenger in 1986; Monday marked the 27th anniversary of the launch disaster.

This newest third-generation TDRS carries the letter K designation. Once it begins working, it will become TDRS-11. It will take two weeks for the satellite to reach its intended 22,300-mile-high orbit. Testing will last a few months.

NASA estimates the satellite costs between $350 million and $400 million.

Another TDRS spacecraft, L in the series, will be launched next year.

NASA wants at least seven TDRS satellites working in orbit at any one time. The one launched Wednesday will make eight.