I arrived in Titusville, Florida, at Manatee Hammock Campground on January 17th.  I’ve been here several times before and I like it due to the tall trees, and the feeling of being close to nature. It’s close to Cape Canaveral and the Indian River Lagoon borders one side of the campground. There are lots of squirrels so I brought five pounds of peanuts and pecans to feed them.

My friend Jean in Rhode Island has a friend Beverly who was going camping in Florida. I told Jean to give Beverly my phone number and to call when she gets to Florida. It turns out we are both camping here in Manatee Hammock, so I got to go meet her.  Small world???

I am posting some pictures of the campground in a new album so you can see what it looks like. I will be here for two weeks, then back to Deerfield Beach. I had just set my computer up outside to update this blog and post photos, the sun was out… all of a sudden, it is starting to rain. So, I guess I will go inside and finish updating the picture album. 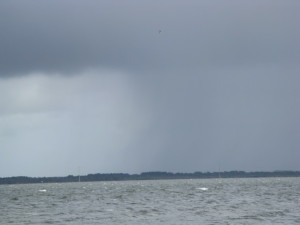 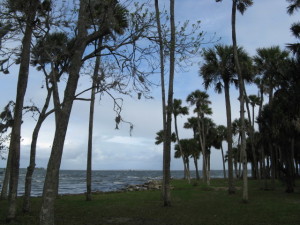 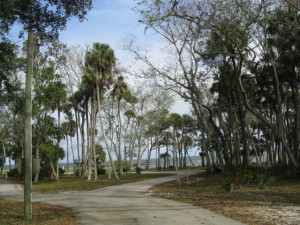