I returned home from the farm the middle of September so I could have time to unpack and relax before the Relay for Life event on September 21st. I was asked to be the survivor speaker for the Luminaria ceremony. We had a pretty good turnout for the Relay.

Things always work out the way they are supposed to. I had written in a previous story about the Relay event being moved from April to September, and also about the Balloon Fiesta in Albuquerque not being able to guarantee a space with electric hookups so I didn’t go to Albuquerque this year for the first time in many years. I knew there was a reason I was not supposed to be there. Besides the fact that my insides have been causing a bit more pain and I would have had some difficulty driving about 5,000 or so miles.

While I was on my trip volunteering on the farm I found out about a mutual friend who was just diagnosed with cancer. I contacted her and told her I would get in touch with her when I got back in September. So, when I got home, I called and invited her to the Relay and she accepted. Also, I invited another friend of mine to Relay and when she got there we got talking and I found out that she had skin cancer a while ago. I told her that is still having cancer so she signed up as a survivor and walked the survivor lap with me and the other lady I invited.

It was really heart touching to be at the Relay for Life like it always is. However, this year it was extra special for me because I am able to have two new people experience Relay and they were able to see that there are many of us that had or have cancer and still can live full, productive lives. My friend who was recently diagnosed and will be having surgery and probably treatment was able to talk with people who have been through it already and also some going through it currently and it helped her in many ways, not only to know she is not alone, but that others have been through it and are doing well.

Once again, JB’s on the Beach provided the survivor dinner and it was delicious and plentiful like always. They served ribs, chicken, and side dishes. We appreciate their continued support.

Finally, after dinner and walking several laps around the track it was dark and it was time for the Luminaria ceremony. I was called to the stage to tell my story as a survivor. I don’t ever plan in advance what I will share, I ask God to let me share what I am supposed to and I speak from my heart. I shared my story and tried to be sure to include hope.

After I spoke and sat down a woman came up to me and asked for my contact info. I didn’t know who she was but I gave it to her anyway. A day or so later she contacted me. It turns out Diane is the editor of a local newspaper and she said she wants to write a story about me as a cancer survivor for the newspaper. So we talked a while to fill in the details she missed or needed for the story. I thought it was only going to be a short article about me and would mostly be about the Relay event. I was really surprised when the newspaper came out a few days later and I saw all she wrote about me.

She gave me a PDF copy of the article and gave me permission to include it on my website. So here it is. Diane also included two photos she took of me during my talk. I don’t remember standing with my hand on my hip. In fact, I don’t really remember most of what I shared but as I left the stage several of my friends and some people I don’t know came over and gave me hugs and said I delivered a powerful message. I am grateful to God for whatever I shared and like other times I talk I don’t tell myself I should have said ??? when I ask God to say what I need to that is the best I can ask for and how my talks come out is how they are supposed to be. 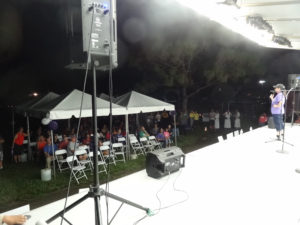 I contacted the newspaper to see if I can get a file to upload here, and they sent me the file. the links below are for the first page of the story and the second part of the story that is on a different page. Pictures of what the article looks like is shown in the photos below. You can click on the pages below to read the story. I feel very honored that they chose me to be a survivor speaker. 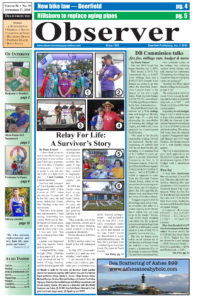 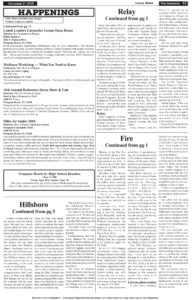 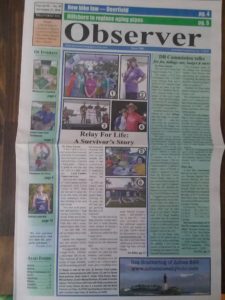 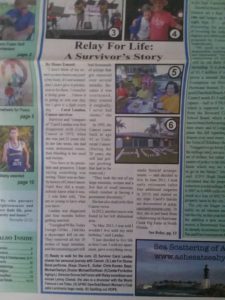 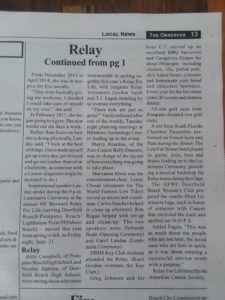