New photos of me and stories written about my life

My friends know that I am a private person and that I don’t like my picture taken. I did pretty well keeping my life private and staying out of photos until last summer when most parts of my life became public because of my donations to various organizations.

My story has been spreading across the country, every now and then I receive an email from someone that saw my story either in a recent publication or someone told them about me. It seems that in the past week or so I have been contacted by a local newspaper, a friend who writes a professional newsletter, and also the municipal clerks magazine. They all want to print a story about me in their publications. They asked for a photograph of me for their articles.

The only pictures I have of me were taken when I was on an outing of some sort and not many of them are good pictures since I am windblown from being outside, or my hair is in a ponytail which is the easiest way to wear it, especially outdoors.

So, I thought I would go get a professional picture taken which could be used if anyone wants a picture of me. I also thought it would be nice to have give my mom a good picture of me. So, I called Debra Todd of Debra Todd Photography who is a professional photographer in town and I asked her if she could take some pictures of me. She said she would be happy to and since she had just finished a photo shoot, and her studio was still set up, I could come over that morning to have the pictures taken. I quickly got ready and drove to her house.

Debra being the ultimate professional did my photo shoot like she does it for everyone else. After I was seated, she arranged the lights and reflector shades or whatever they are called around me so that the lighting will give the best effects for the pictures. I expected just to go to her house and have her take a few pictures with me standing against a background. No, it didn’t happen that way. Debra treated me very special and as she told me different ways to look at the camera, how to sit, when to smile, etc. I asked why we sit one direction and turn our head in a different one, because it seems strange. Debra explained the difference between taking photos of men and women. She poses women differently so that the picture shows curves to make women look more feminine, rather than a straight shot so they look more boxy. I may not be expressing her exact meaning, but I think it’s close, and it makes sense to me.

I have known Debra for over 14 years. We met when I worked for the city because she takes pictures of our city events, as well as other local events in neighboring cities, in addition to her regular types of events such as weddings, family photos, etc. A common bond that Debra and her family and I share is the love of animals. Years ago we would watch each others parrots if one of us went away for a few days. Now, Debra, her husband Skip, and their children have 5 dogs, 1 parrot, and 2 cats. If you ever need a great photographer, contact Debra Todd. She has a great personality, she loves to laugh and smile, and she is so very talented and creative.

Debra took a lot of pictures of me and we narrowed it down to 11 pictures. The first one below is the one we liked best. Debra graciously let me have the additional pictures to post on my website. I like several of them because of the expression on my face. I didn’t think about it until after we were finished, I could have had her take some with me making really funny faces. Click here to see more pictures. 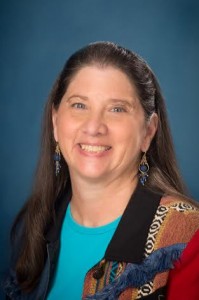 I look at these photos of myself and I think, not too bad for 63 years of age. I do have some gray hairs, but not too many, and they are scattered throughout my brown hair. One of my friends who is a hairdresser offered to color my hair, I thanked her and declined. I told her that I’ve earned every one of them. If you are wondering if these pictures have been photo shopped or touched up… the only one that was touched up a bit is the one top center that’s by itself. A few stray hairs that were sticking out were erased. A little of the dark circles under my eyes were fixed, a freckle or two were erased, and Debra with the touch of the mouse used some feature to brighten my complexion a little to make it have a bit of a glow to it. She also adjusted the color in the background so that it looks more even. I like the way she had me turn my head in some of the pictures, it makes my face look thinner. Currently, I am about 25 or so pounds heavier than I usually am. It probably has something to do with the ice cream I’ve been eating since it goes down easily, or maybe the medicine I’m taking has added weight, and so has the growing tumor. When I look in the mirror and see my face, I feel like a chipmunk who has stored nuts in it’s cheeks. It’s probably my perception because I have not adjusted to seeing myself heavier.

When we were looking at the photos on Debra’s computer monitor I noticed that the light she shone on me to brighten the room shows in the pupils of my eyes. She said it gives sparkle to the eyes. I like that sparkle. If you click on the pictures and look at my eyes, you will see the sparkle of light. I hope you will feel my spirit, my love, my joy, and my attitude of gratitude.

After we looked at all of the pictures, I thought it would be nice to create a collage of these pictures for my mom. Debra liked the idea as well and she is going to make it for me. When it’s completed, I will see if I can get it electronically to add to this story.

This is one of my favorite jackets, and one of two that I kept from my collection of jackets. I gave all of the others away or donated them a few years ago. I bet I had more than two dozen different jackets. Every one of them was unusual. 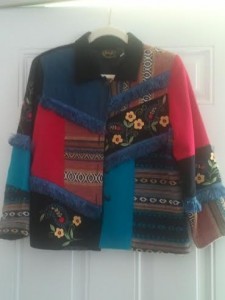 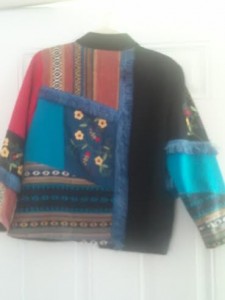 I thought you might like to read the additional stories that have been written about me recently. There are links to most of the other stories in my July 2013 post about the Georgia Firefighters. I think there may be other stories that were included in other posts between July 2013 and now.

My friend Patt Schwab, who lives in Seattle, is a professional motivational speaker. She has a fantastic sense of humor and she includes stories and pictures about rubber chickens in her presentations.  She posts many of her articles which can be read and printed for free, check them out. Also, look at the various buttons on the left of her site. When the cursor is on a topic, it changes from text to a chicken cartoon. Look at each button’s content, it’s great for a giggle and to keep things in perspective. I love the titles of her books.

Patt just sent an email with her latest newsletter, which has some interesting cartoons and stories. When I was in Seattle in 2011, I stayed with Patt for several days. We had a great time, and I got to see lot’s of different parts of Seattle. We even took a few ferry rides to some of the islands near Seattle, you can read about our adventures in my July 2011 stories, it says older posts at the end of the first page for July stories. I wrote stories such as Being in Bed with a Redhead, and also Avatar or Smurf. Read about the troll living under a bridge, with his hand covering a real Volkswagon beetle. When Patt said she will show me a troll living under a bridge I had no idea what I would see. My Seattle albums and stories include pictures of many of Seattle’s sculptures and artwork that are displayed along the streets throughout the city.

When I worked as a city clerk, I belonged to a professional organization called the International Institute of Municipal Clerks (IIMC). One of the city clerks in Connecticut just contacted me, she heard about me and asked my permission to write a story about me for the upcoming news digest. We shared our stories and life experiences for about an hour and when we finished talking we both felt like we have a new friend. Another coincidence… her husband is a fire chief for a volunteer fire department where they live and she is on the women’s auxiliary. If I get the published version I will insert it here. Meanwhile, here is the story that will be published in the next edition. IIMC Story.

The Pompano Pelican, a local newspaper, wrote a 3 page story in this week’s edition about several American Cancer Society Relay For Life events that will be held in the next few weeks, it includes a sidebar story about me as a survivor. Anne the newspaper editor and I both happened to be at a local event several weeks ago. We hadn’t seen each other in a year or so and we were talking catching up on life. I filled her in on what I’ve been up to, my medical condition, and we discussed our views on life, death, and dying with grace and dignity. She asked if she could write a story about me for her newspaper and I told her that I really don’t like to be in the news. She told me that my story would inspire others and give them something to think about. Anne said she would call me the next week.

About a month passed and I didn’t hear from her. I kept thinking good… maybe she forgot. Well, guess what, that didn’t happen. Anne called me last weekend and asked permission to write about some of what we discussed several weeks ago. She also knew that I would be the survivor speaker at the Relay that I have participated in for many years. She said that she is writing a long story about several Relays and she wants to write a breakout story about me. I agreed only because she insisted that it might help someone else and that I had an important message that needs to be shared. Here is the one page personal story Anne wrote about me Pelican story about me March 2014, here is the multi-page story about local Relay For Life events Relay for Life Pelican article.