After going through two months of rehab from a broken hip my mother passed away on March 14th. That is exactly two weeks and ten years since my father passed away. They were married 59 years when he died. We had to empty my mother’s condo and get it ready to sell, that has now been accomplished.

I am still baking all of my bread, cookies, cake, and meals from scratch. It’s been a bit more work, but the results are more than worth the effort. I am also having fun experimenting with recipes and getting creative with ingredients I have at home. Here are a few loaves of bread that I baked. 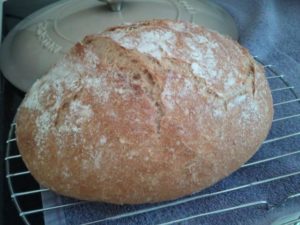 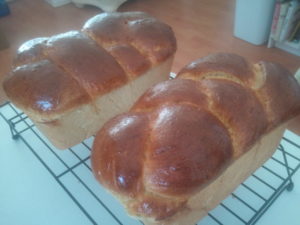 A few weeks ago Author Debbie Macomber was in south Florida for a book signing and the event was booked full with no openings. I sent an email to Debbie and being the very kind person she is and Debbie offered to meet earlier in the day at her hotel with me and my friend Laura, who also wanted to go to Debbie’s talk and book signing. I had the privilege to meet Debbie at her office in Port Orchard, Washington, in 2011 when I was in Washington state. Debbie and I have kept in touch several times a year, every year, and I saw her at a Delray Beach library program early last year. I have some pictures I took with Debbie and Laura. 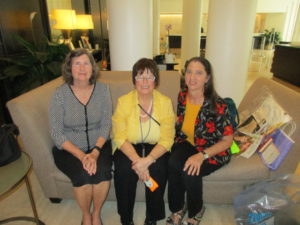 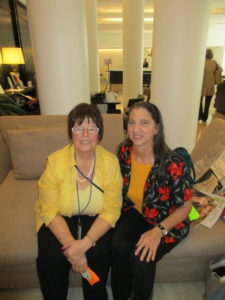 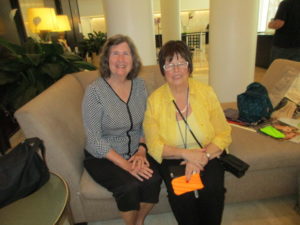 I have some pictures taken in February during Lighthouse Point Keepers Day with my friend Nona. At the Keepers Day event on Saturday we watched the parade and walked around the park. There was a car show which included lots of old cars and one couple encouraged us to sit in their car and honk the horn, and they told us to put on hats that they kept for people sitting in their cars. Most people that have these old cars do not want anyone touching or sitting in their cars, this couple encourages and invites people to sit in the car and take pictures. They even had cards made that said Honker’s Club for those of us who honked the horn on the old cars. I remember when I was young that our cars had white walled tires and how hard it was to keep the white ring clean. Imagine having only a rumble seat to store items in, or to ride in it, that would be very cool. Nona and I were amazed at the height of some of the bounce houses and we got a kick out of watching the children go up and down them. Here is an album with more Keepers Day photos. 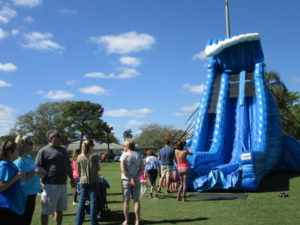 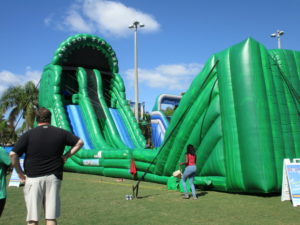 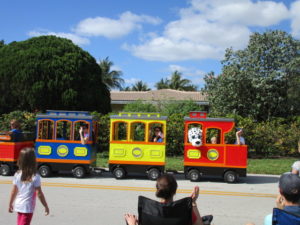 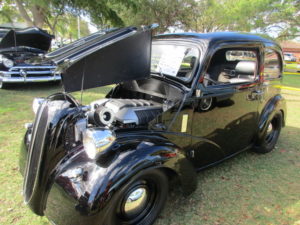 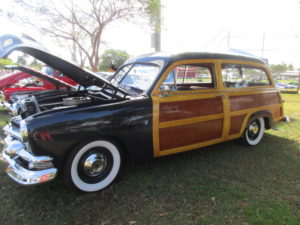 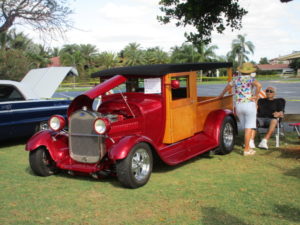 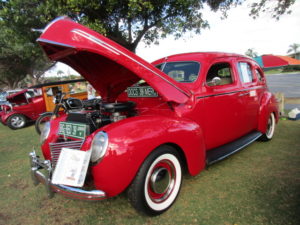 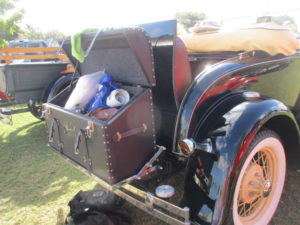 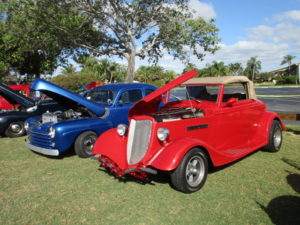 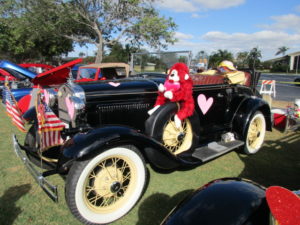 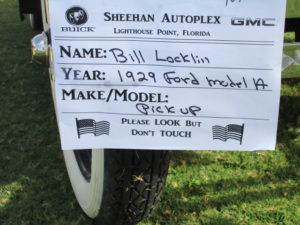 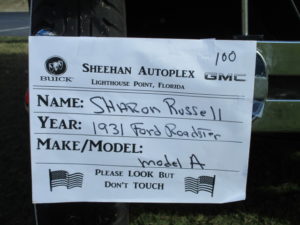 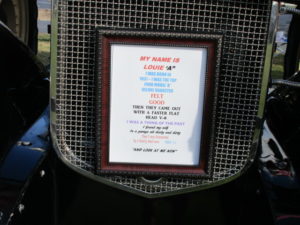 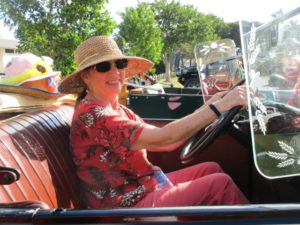 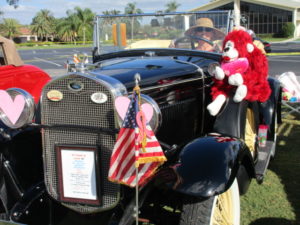 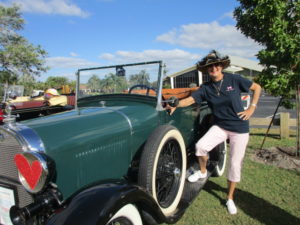 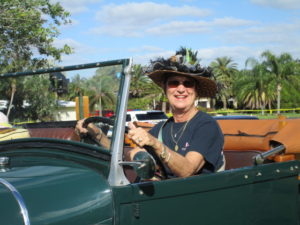 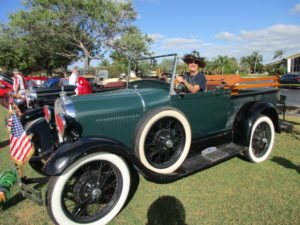 Between going back and forth to hospitals and rehab centers for over two months with my mother, and cleaning out her apartment both while she was in rehab and after she died, life has been busy.

In addition, the end of February I began working out at a gym two hours a day, five days a week. I go to an early class of cardio or yoga for an hour and then a couple of hours later I go back for a cardio, balance, strength class. It’s been great working out!!! I feel so much better and it’s lessened my pain significantly. Also, my muscles are getting toned up and my blood pressure is in the normal range.

I’m starting to plan another trip to begin sometime in the next month or so, I don’t know the exact date yet. My mom had lots of yarn that was not used so it got divided up between me, my sister, and a few of mom’s friends. Mom’s friends and I are going to make baby blankets and hats to donate to hospitals for newborns. Also, lap robes and chemo caps are going to be made for cancer patients, veterans in wheelchairs, and others who are in need of these types of items. I know my mom would have liked what we are doing with the yarn. While she was alive she knitted hats for preemies at hospitals and knitted for cancer patients.

Also, since I will be traveling soon, I found my parakeet Katie a new home with a lady who has other birds and she loves special needs birds of which Katie is one. During my mom’s hospitalization and rehab I had her canary Bingo and since he and Katie were together for three months they bonded and my brother took Bingo but didn’t want Katie. This way Katie will have other birds to keep her company. It feels strange to come home and not have any birds singing or chirping. It’s very quiet now.

I’m still baking all of my own bread, cakes, and cookies, and cooking my meals from scratch, not using very many processed foods. Between cooking and eating more healthy foods, and working out about five days a week, it has made a big difference in how I feel and my weight.

When I went to my doctor in early January for my checkup we did blood work to see how my organs are doing. We know I have stage three chronic kidney disease, and my tumor is still in my abdomen. Other than my glucose being a little high from eating too much sugar lately the results of the blood work were okay.

I went back to the doctor in early April for a follow-up checkup and the doctor felt my insides and doesn’t feel the tumor is any larger but it’s too early to do another CAT scan. I asked her to redo my blood work to see if my glucose is lower because I reduced my sugar consumption. When I got a copy of my blood test results, I was really surprised to see that my liver function and the related items to my liver were in the high number ranges. I have never had any blood tests that showed a problem with my liver function. We knew as time goes on that my organs will be affected by my tumors, scar tissue, and adhesions. I guess my new liver function values are part of this process. The blood work for my liver function went from the low normal range to higher than the highest number in the normal range in three months.

For the past two months I have been doing yoga and fitness classes at a local gym. It has significantly reduced my pain and toned up my muscles. I have known for years that my organs are compressed from numerous operations, etc. I feel like my insides are bruised from being pressed into each other and my ribcage. The liver is under the right side of the ribcage so I’m guessing my liver has been pressed against it for a long time and it’s starting to show signs of distress, which is a result of my health issues. Maybe since I’m moving more doing exercise it gets pressed into my ribcage more, I just guessing. I don’t know the reason for changes in numbers related to my liver. I called the doctor’s office to ask about the results and they said the doctor told them to tell me not to worry about the results they are not bad enough to be concerned about. However, to be honest I am a bit concerned. The numbers changed what I feel is significantly, by over 40 in one area and 30 in another within three months.

In 2013 through 2015 I was prepared to die. That was the time frame my doctor gave me. If you have been reading my posts for a few years you know I still live life to the fullest I can, most days. I still travel in my camper van a few months a year. I write about how short life is and we never know when our time is up. I changed my thinking from living like I’m dying to living like I’m going to be here a while. I bought myself some new shoes, cookware, etc. I hadn’t bought myself things because it would be more for my friends to get rid of when I die. I live very simply but there are things needed every now and then. Especially since I gave almost everything away in 2012 when I found the tumor and sold my condo.

So, once again my life is taking a new direction. I trust God has a plan for my life and I will continue living one day at a time and see where this new life journey takes me. I am planning on taking another trip in my camper van. I was going to leave in May but I decided to wait until June. I have things to finalize after my mom’s passing in March, and I want to be sure my health will allow another trip. Like I did in previous years, if I get worse on the road I can come back. I have learned to wait a few days or a week before coming back because things can change. In 2013, I came home early from a trip because I had symptoms the doctor said to watch for and after a while they got better. So on future trips I waited and when a situation arose I waited it out saying I don’t want it to win, and I was able to overcome it and continue. It wasn’t always easy. I do what I can, and rest when needed, and have no travel and relax days when needed.

This entry was posted in 2017 Trip. Bookmark the permalink.