I arrived in Vicksburg, Mississippi on August 15th and stopped to tour the Vicksburg National Military Park. This is a National Park and there is a 16 mile road that winds through what was the battleground for the Campaign for Vicksburg during the Civil War in the years 1862 and 1863.  It was very interesting. I’m glad I was there mid-week when there were not many cars in the park.  Its a winding one lane, one way road with lots of plaques and markers along the roadway showing where certain troops were located, where bunkers or trenches were dug, etc. and if there were lots of cars with people reading the signs it would take lots longer to go through the park. It took me about 2 1/2 hours to explore what I did and I did not stop to read every marker.  Photo album of Vicksburg pictures I took. 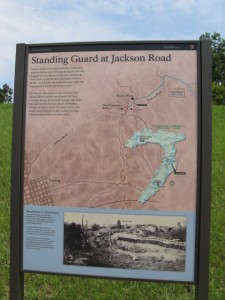 The Union army signs were in blue, and the Confederate signs were red, and as I drove and read some of the markers, I looked at the landscape and thought about how they fought back then.  I watched a short film and it said something like only about 1,800 Confederate troops were killed and about 20,000 Union troops were killed during the battle.  I did not know much about the war, so it was really interesting to learn about this battle which had a significant impact on the Civil War. I saw where General Grant and General Sherman had their headquarters. 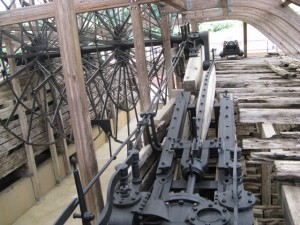 They also had the remains of the USS Cairo, which was a Union ironclad gunboat. We were able to walk into the center of the boat and take pictures, and inside the museum they had artifacts from the ship.  It was really interesting. 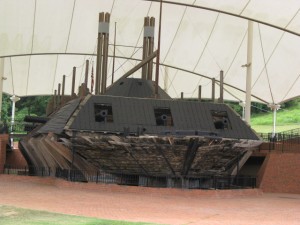 Near the USS Cairo museum is the National Cemetery. The ranger told me that there are over 15,000 soldiers buried there and over 13,000 are unknown soldiers. Many gravestones say Unknown Soldier, or some only have a number on them. I think about all the families that never knew what happened to their loved ones who are buried in this cemetery. 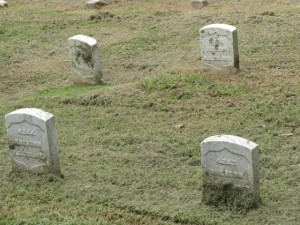 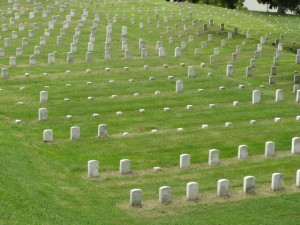 After I left the National Park, I went and had lunch, then drove west through Louisiana and got over the Texas border in the early evening.  I didn’t want to drive any more that day.

I posted a photo album with all the pictures I took in this National Park. If you want more info on this park you can go to www.nps.gov/vick.