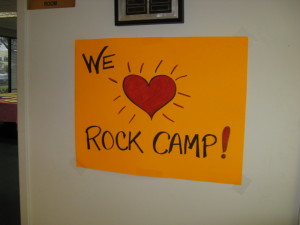 On Friday, June 19th, I was invited to the Fort Lauderdale American Cancer Society (ACS) office for the Rock Camp Sendoff. This is the first time I was able to attend this very special event. By the way, this is the last year that ACS will be supporting Rock Camp. The funds that were used for sending children with cancer to camp for a week is being reallocated to do pediatric research. I’m guessing that private camps, organizations, etc. will be having to raise funds now to send children with cancer to camp. Our Relay For Life funds went in part to fund Rock Camp, we also had a bowling fundraiser a few years ago and raised enough money to send one or two children to camp. In case you are wondering, I got permission from the children and parents when I took their pictures. They said it’s okay if I use them in my story. Here is an album of all of the photos I took.

This year 37 children from our area have the opportunity to go to a camp near Orlando and just be regular children. They will be with other children who are going through the same thing as they are… the fight against cancer. There are doctors, nurses, and many others at the camp to help with administering medicine and any other needs they have. In fact, the adults on the bus traveling to the camp with the children are nurses and EMTs. 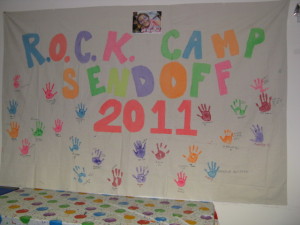 Gordon and I went to the ACS office and were greeted by lots of signs welcoming everyone, they we saw posters decorating the walls throughout all of the rooms in the building. Besides the children, their parents, and siblings, there were many of us there to share the experience, and add our love, support, joy, and of course tears, both happy and sad. There were tables set up with hats, blankets, and scarves that a group made to donate to the children. Another table had backpacks and gym bags with shirts, a teddy bear, snacks, flashlight, games, etc. each child received one. 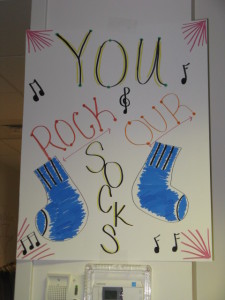 There was a man making all sorts of hats, animals, etc. out of the long skinny balloons. I’ve seen many people over the years make things out of the long, skinny balloons, this man was absolutely incredible, I never saw some of the balloon items he made. I could see the joy in his eyes when he presented his creation to it’s recipient. 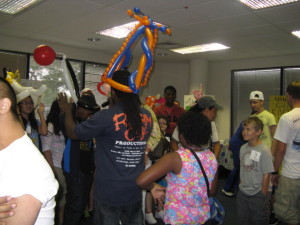 A DJ was on hand, he not only played music, but he got all the children up and dancing all types of dances, it was so much fun to watch and clap to the music and cheer them on as they did their solo dances, or got into a group dance. There were other children who were shy and they stayed close to their parents. Some of the staff and volunteers said that some of the children are hesitant and don’t want to leave their parents and go to camp, but after a week at camp, they don’t want to leave camp and go back home. I think that by having everyone dance together, it helps to form a bond between them. 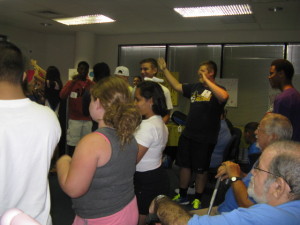 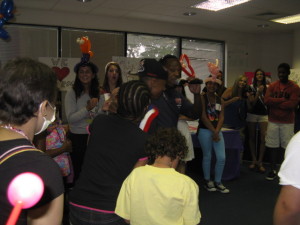 Another fun thing they had was face painting, I’m not just talking about a little item to be painted, some of the faces that were painted were magical, and large, and unique. Seeing someones face light up when they saw the painting on their face was priceless. 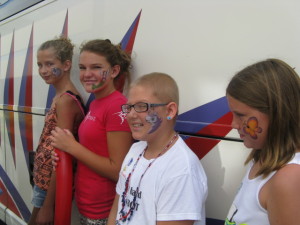 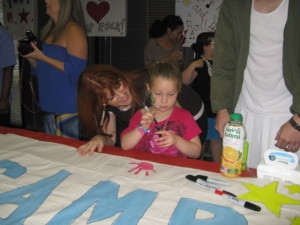 One of the parts of this sendoff that touched my heart most deeply and brought tears to my heart and eyes, was the sendoff banner. One is made every year and after it’s dry, it’s hung on the wall in the ACS office. The banner is a very large piece of canvas. There are numerous plates of paint with different colors. The child gets to pick their favorite color, their hand is painted, then they make their handprint on the banner. After they clean their hand, they take a marker and write their name and age. This is the part where I started crying, seeing a 5 year old girl write her name and age, seeing another child who is 11, or 15 or whatever age place their handprint on the banner and write their name and age, some had to have a parent help since they couldn’t write. Looking at other adults around me, I could tell they were as touched by this as I was. Every handprint on the banner represents a child with cancer that went to Rock Camp this year. When the children come back from camp, they write next to their handprint what they liked best about camp. 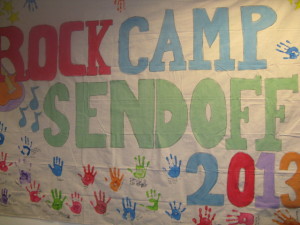 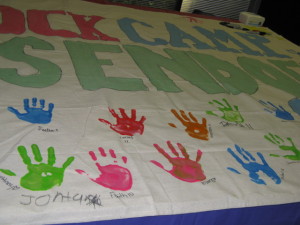 After all of the celebration concluded inside, we all went outside where the children were going to board the bus for the drive to camp. Outside there was an old fashioned Good Humor truck, the owner was letting all the children, and their parents, choose what type of Good Humor ice cream they wanted. Boy, this brought up memories from my childhood. I used to listen for the bells of the Good Humor truck and then get money and run to the street where I would wait for the Good Humor man and get my ice cream. I was telling this Good Humor man the story and he let me choose an ice cream, I got the chocolate eclair, it was my favorite. I loved watching the kids eat their ice cream, and try to keep it from melting and dripping in the hot sun. 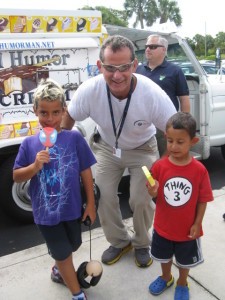 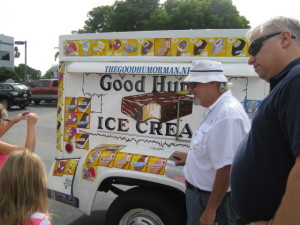 After the ice cream was finished, and tears, goodbye hugs, and love was shared, the children boarded the bus for their ride to the camp near Orlando. A nurse, EMT, and  staff member helped them up the stairs and into their seat. One really touching moment was when a father lifted his daughter out of her wheelchair and carried her onto the bus, then he came off the bus and we all cheered, waved, cried, and yelled have a great time as the bus drove away. 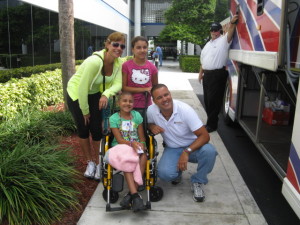 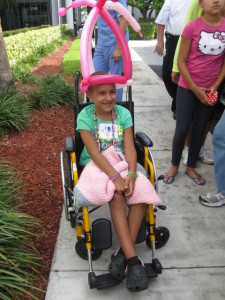 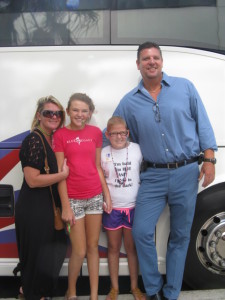 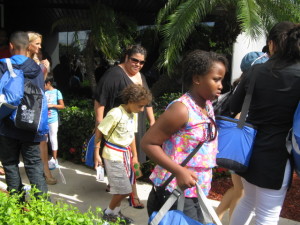 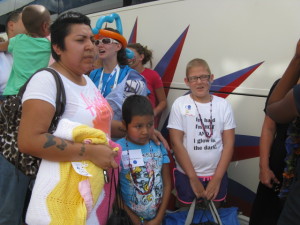 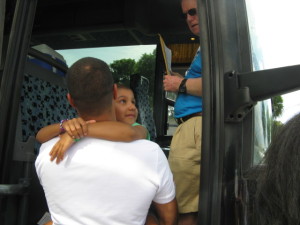 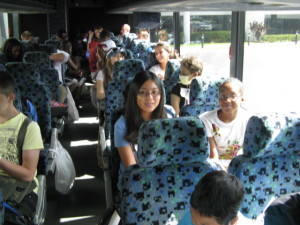 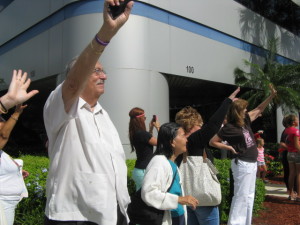 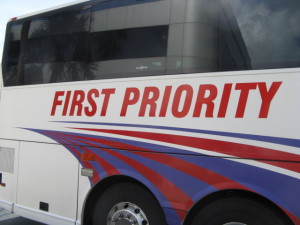 The name of the bus company that was chartered was called First Priority… how appropriate.  As I’m typing this part of the story, I am once again getting teary eyed just remembering the events of the day.

The Healing Spirits Relay For Life team held a fundraiser at a local bowling alley. We all had so much fun and raised several thousand dollars for the Relay event. Here are pictures of our bowling outing.

2 Responses to Rock Camp Sendoff – Camp for Children with Cancer, and Relay for Life bowling fundraiser