Today, Pam and I took a ride over to the west coast of Florida, where we explored Koreshan State Historical Site, it’s between Naples and Fort Myers. I posted an album, if you see shadows of people in the pictures, they are not ghosts… some of the pictures were taken through glass windows or doors, so there are reflections of Pam and I in the pictures. 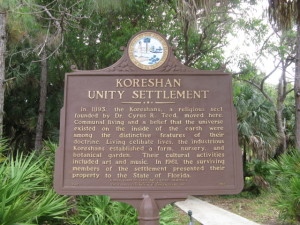 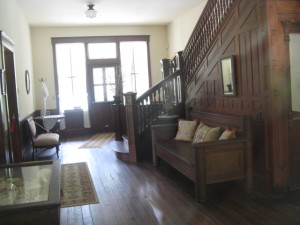 Koreshan State Historical Site is where a community of people who believed that they lived inside the Universe lived in the late 1800s to the mid 1900s. They really believed that, on one of the informational boards in the park, one of the older original members was asked in the mid 1900s if she really believed that theory. She said she did until someone walked on the moon. I took pictures of the pamphlet we were given explaining the history of the Koreshan Community, they are posted in my photo album. I think you should be able to read the text if you are interested in knowing more about how this community came about and their beliefs. 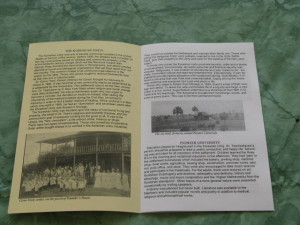 This community was mostly run by the women, at that time, many of the neighboring townspeople would not transact business with the women, so one of the men in the community acted on their behalf. The main house where the women in charge lived is called the Planetary House, it housed the 7 women who were mostly in charge. I took a lot of pictures of the informational board showing stories of the women. If you go to my photo album you will be able to read about them and see all of the pictures I took here. 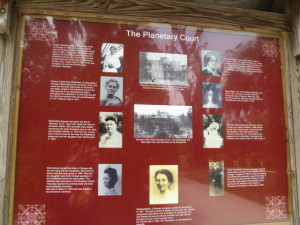 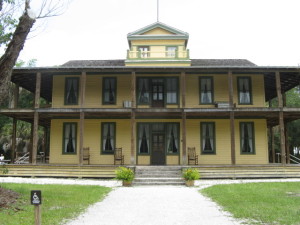 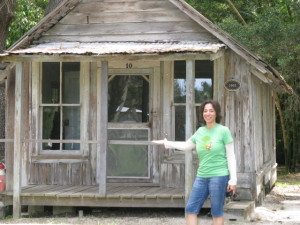 We were able to look inside the buildings that are still standing. They have glass inside the door so we were able to see inside and take pictures of the furnishings, tools, and other items reflecting how these people lived. It was a very simple life, but they were really advancing with technology of the time, such as using electric lights when others were hesitant to. They also had a large generator. 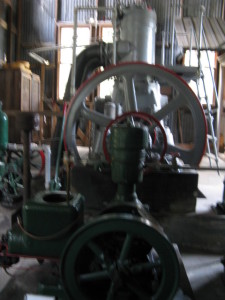 There are numerous groves of bamboo, we could tell that some of the trees are very old since the trunks have a large diameter. We watched the video in the museum and it mentioned that the bamboo comes from the Thomas Edison estate which is in nearby Fort Myers. 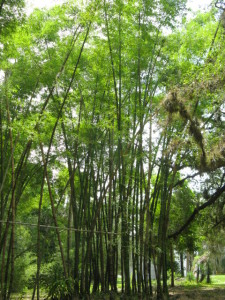 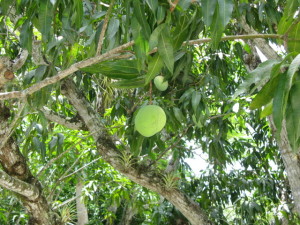 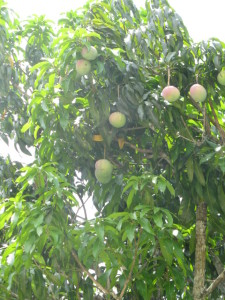 Mango trees were growing in an orchard, they were not quite ripe yet. We would have loved to pick some, but they were too small, and higher up than either Pam or I could reach. I love mangos, I just bought some at the grocery store. Here is a picture of how mangos grow on the tree. It’s the same way that pomegranates grow, hanging from a stem.

Another group of trees caught our interest, it looked like they had long, skinny, cactus of some kind growing on the tree, it was really strange. 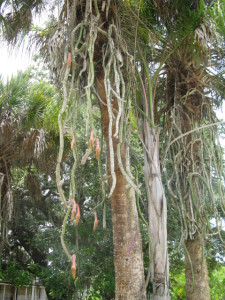 We were surprised when we saw a tree with a fairly large hole going through the trunk. The tree must have just grown that way because the bark was growing normally inside the hole. 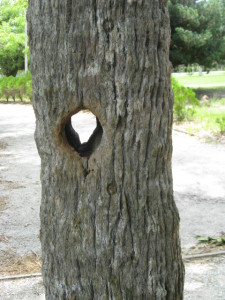 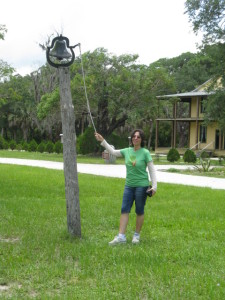 There was a bell on a post in the center area, it was used to call the community together for meals, meetings, emergencies, etc.  After spending several hours walking through the park in the heat, we left and went to have lunch.