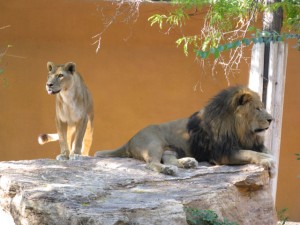 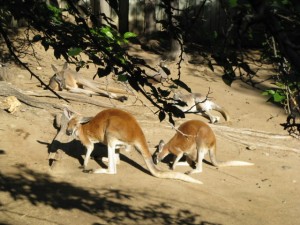 Kangaroo on right has baby in pouch

On Sunday I drove to the Zoo and spent several hours there. It is really a nice zoo and the animals have great habitats. It really looks like they put a lot of effort and thought into the habitats for the animals.  I posted a photo album of this day’s outing. There are way too many pictures to post in this blog. So, here is a link to the album of photos I took at the Zoo, Aquarium, etc.

There were several babies. I saw a baby giraffe, elephant, harbor seal, camel, and a few other types of animals. There was a red kangaroo that had a baby in her pouch, but it didn’t show it’s face, I could just see the bulge in the pouch. I watched the seals and sea lions from the underwater viewing area. The sea lions would swim by the windows really close and give a show. They came right up against the glass. I hung around and watched them being fed. 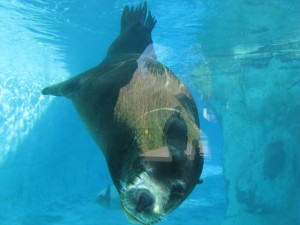 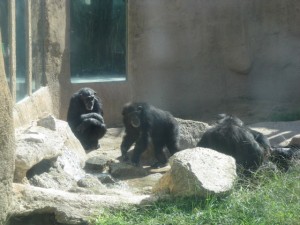 Seeing the chimpanzees was great. They really enjoy socializing and grooming each other. I saw so many wonderful animals and watched each of them for a while to see how they spent some of their time. It was still early so they were a bit more active then in the late afternoon.  The lions, tigers, and other big cats were up and around or just sunning themselves at 9 a.m. when I got to the zoo. When I walked by them about  3 p.m.  they were either napping or were not visable, they must have been inside.  I loved watching the adorable prairie dogs. They were eating and having a great time. 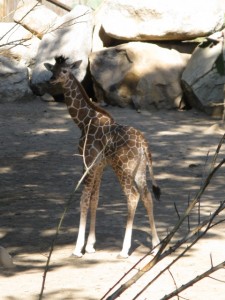 After exploring the zoo, I found a bench at the train station to wait for the train to the Aquarium.  The train station was across from the elephant pens. There was a mom and baby elephant, and in the next pen there were two male elephants. They were playing with each other and throwing sand on themselves and each other. Then they went face to face and pushed against each other and wrapped their trunks around each other playing. This went on for quite a while. It was great to watch them interact. 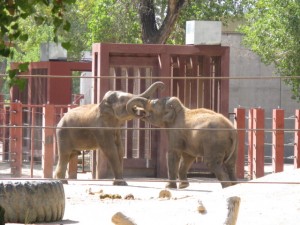 I took the train to the Aquarium and Bio Park area. It was a pretty nice Aquarium. I liked seeing the various types of jellyfish. There were some unusual ones in various colors and sizes. 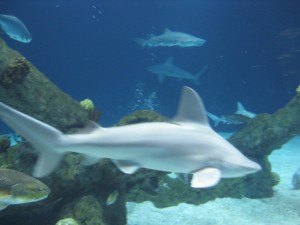 The large reef and other tanks were really amazing. They had different types of sharks, sea turtles, eels that were several feet long, and many species of fish. 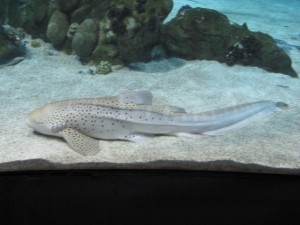 5 foot long eel of some sort 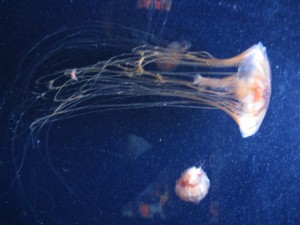 All this walking and exploring got me hungry so I stopped at the cafe in the Aquarium and had some lunch. The tables faced the large tank with the sharks and other fish. It was great entertainment to watch as I waited for my food and ate. There was a large sea turtle and it kept swimming laps. 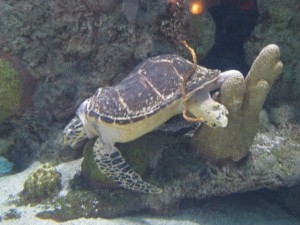 Sea Turtle Chilling out on Reef

Finally, it must have decided it was time for a nap and it just anchored itself on the reef and chilled out.

I then walked to the butterfly pavillion and it was enclosed but it was hard to get pictures of the butterflies. They didn’t stay still, they kept flying from plant to plant… they thought it was a great buffet. 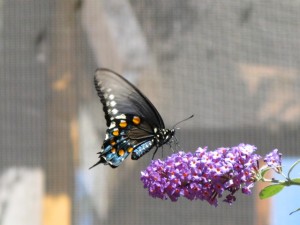 After the butterfly experience, I walked through the conservatory to the Japanese Garden which is a new exhibit and really calming and interesting. 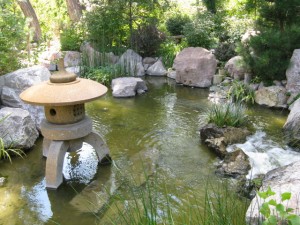 Near that garden is the Heritage Farm which has orchards, crops, farm animals, a vineyard, and other usual types of things you find on a working farm. I think they use the crops to serve at their cafes. It was a good size farm.

There also was a botanical garden to walk through with different sections featuring different types of plants. One of the most interesting things I saw was a minature train station and lots of tracks and minature villages. It was on a  scale of a real station. I tried counting the number of trains running, and I got to 4 but there could have been more. The railroad was pretty spread out and it went along a good part of the path. Some of the railcars had stuffed animals in it which really looked cute. 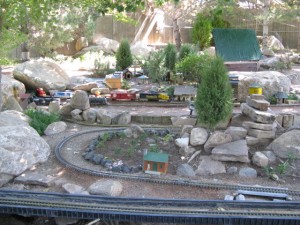 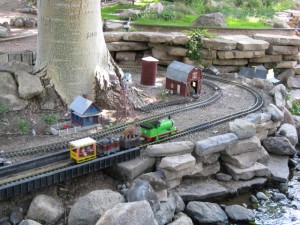 I got the train back to the Zoo and by then it was about 6 hours of an outing for me and I was ready to drive back and get some rest. It was well worth the adventure.